During my 8-year career at TheBus (O’ahu’s city mass transit system), I started as a service station attendant and ended as a brake mechanic with an Associates Degree in Diesel Technology, all while pursuing my graphic design career. It is also at TheBus that I met Donald- lead singer, producer, and mechanic (now retired).

Donald and I shared the same taste in music, the same views in life, and had the same cynical humor. We quickly became, and continue to be, great friends and I consider him to be one of my mentors till this day. Donald and many of our fellow co-workers from TheBus recorded and produced in Donald’s private studio, “Little Fighter Studio.” In 1992, Donald released his first CD, “Doing Time on Planet Earth.” Fast forward to 2012, we made this video for his track “Christmas Day” from his second CD “A Long Ride.” I hope you enjoy our fun music video! 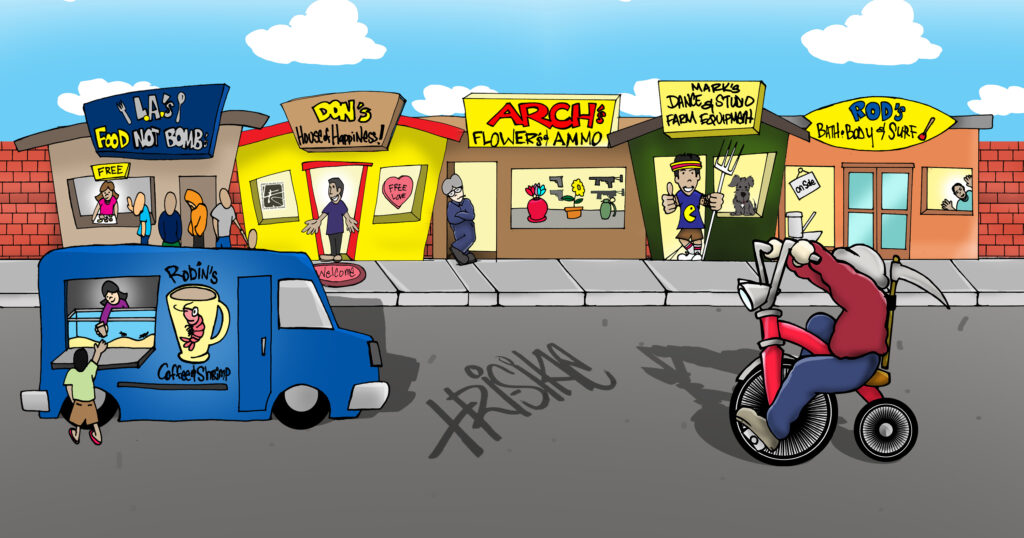